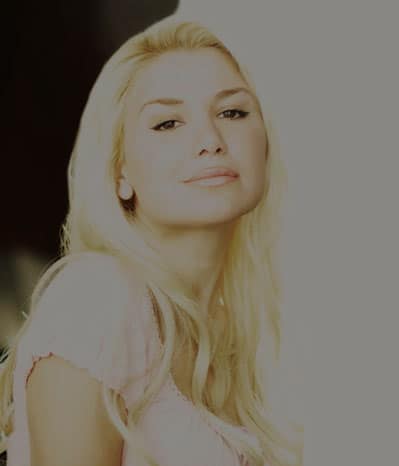 Ayelet Argaman was born in Haifa, Israel. As a child Ayelet studied singing, piano, flute, jazz dancing and even karate. She began singing competitively from eight years of age in a school choir as well as in local contests in her home town of Haifa. During her military service, Ayelet was featured performer in ‘Hil Hakesher’ Military Band , after completing her initial assighment with the Israeli Army.Shortly after Ayelet moved to the U.S to attend New York’s Lee Strasberg Institute for acting and singing. In 2001 Ayelet performed with Spinal Tap in New York’s famous Carnegie Hall at an event hosted by Elvis Costello and Paul Schaeffer. After the tragic event of September 11th, Ayelet personally interviewed former U.S president Bill Clinton for CNN and NY1.In 2004 Ayelet was performing in Tokyo with several European Bands. In the U.S Ayelet carried the East Coast – AZORES EYEWEAR – Campaign. In 2005 Ayelet was guest star on “Law & Order Criminal Intant” playing opposite Peter Bogdonovich. She also had a notable performance in “Law & Order: Special Victims Unit”. Ayelet appeared reguarly on the NBC reality show “The Restaurant.” Ayelet released a Universal Music Group song “Peace”, which was a duet song between Jewish Israeli and Muslim Afgan singers. The song also featured 25 African-American children in the choir.In 2007 Ayelet started working with Bill Clinton’s Foundation – The Millenum Network, as the host for the NYC annual event. Ayelet is involved with other charities including the FIDF (Friend of the Israeli Defense Force), Pioneers for a Cure and the Princess Grace Fund.

“Avigdor HaMeiri (1890-1970), a Hungarian immigrant who arrived in Tel Aviv in 1921, composed the text for Yerushalayim for use in a 1929 production of his satirical theater known as HaKumkum (The Coffee Pot). Hameiri was one of the earliest voices to castigate the nascent yishuv for not reaching the lofty ideals embodied in its Jewish roots. The original version of the song, set to an anonymous Yiddish folk song, contained four verses. The second, true to its original satirical purpose, included the pioneer’s lament that, although he had arrived with a full heart and great enthusiasm, “How can I rebuild your Temple if there is no peace among your children?” The verse describes the different communities of Sephardic, Ashkenazic, dark-skinned and light-skinned, religious and non-religious Jews, and the in the chorus, the singer cries “Jerusalem, I did not envision this in my dream; Jerusalem, restore peace among your children.” The song was appropriated by the Keren Kayemet L’Yisrael in 1930 for use in its public relations campaign to raise awareness of – and funding for – the nascent yishuv, and thus achieved great fame throughout the Diaspora. In its wisdom, though, the Agency excluded that critical second verse (and the original third verse, as well), preserving only the lofty sentiments of the opening and closing stanzas. It is this version of the song which still encourages Jews around the world to turn toward the Holy City and to be inspired by its spiritual history, as well as the enormous accomplishments of its builders. (MBE)”

The purpose of Gabrielle’s Angel Foundation for Cancer Research is to encourage the development of more effective therapies for patients with leukemia, lymphoma and related cancers. The Foundation funds innovative clinical or basic science research that will lead to novel therapeutic approaches that could replace, or be used in combination with existing effective therapies. Such therapeutic approaches could include alternative or complementary medicine.

by Ayelet Argaman and Alexander Halpern