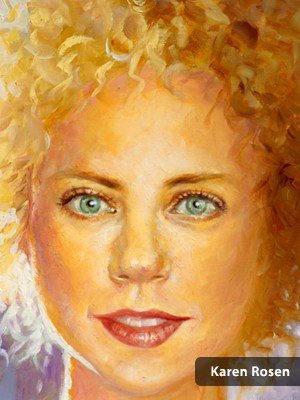 Growing up Jewish in Glasgow, Scotland presented Karen Rosen with an array of cultural experiences. Karen has performed her vocal talents on stage in Scotland and in Israel. Since moving to the USA in 1998, she has performed and recorded with bands Circa 05, Special Blend, and The Genders. Karen has performed at a variety of venues and toured summer festivals in both New Jersey and New York. As a cancer survivor, the opportunity to be involved in Pioneers for a Cure is extremely close to Karen’s heart.

Contribution to: A Step Ahead / Cancer Research UK

Yeled Kat is a Hanukkah song, also known as Chag Ha’Or, the title given to it by Levin Kipnis (1894-1990), the prolific author of Israeli children’s literature. Kipnis included the poem, together with its melodic setting by the apparently unknown D. Chitrik, in his 1923 collection, published while the author was briefly studying there. The song was popularized as a result of its inclusion among the “song postcards” published by the Keren Kayemet and distributed throughout the Diaspora in its campaign to raise support for the yishuv. The sprightly melody captures the youthful innocence of the young children who celebrated the Maccabees’ victory together with their pioneer parents in the land of Israel, where modern Jewish history met and drew inspiration from its ancient heritage.

About A Step Ahead / Cancer Research UK

Cancer Research UK is the world’s leading independent organization dedicated to cancer research. We support research into all aspects of cancer through the work of more than 4,250 scientists, doctors and nurses. Over the past 10 years alone, thousands of lives have been saved through earlier detection and improved treatments. But, much work remains to be done if we are to achieve our aim of beating cancer.