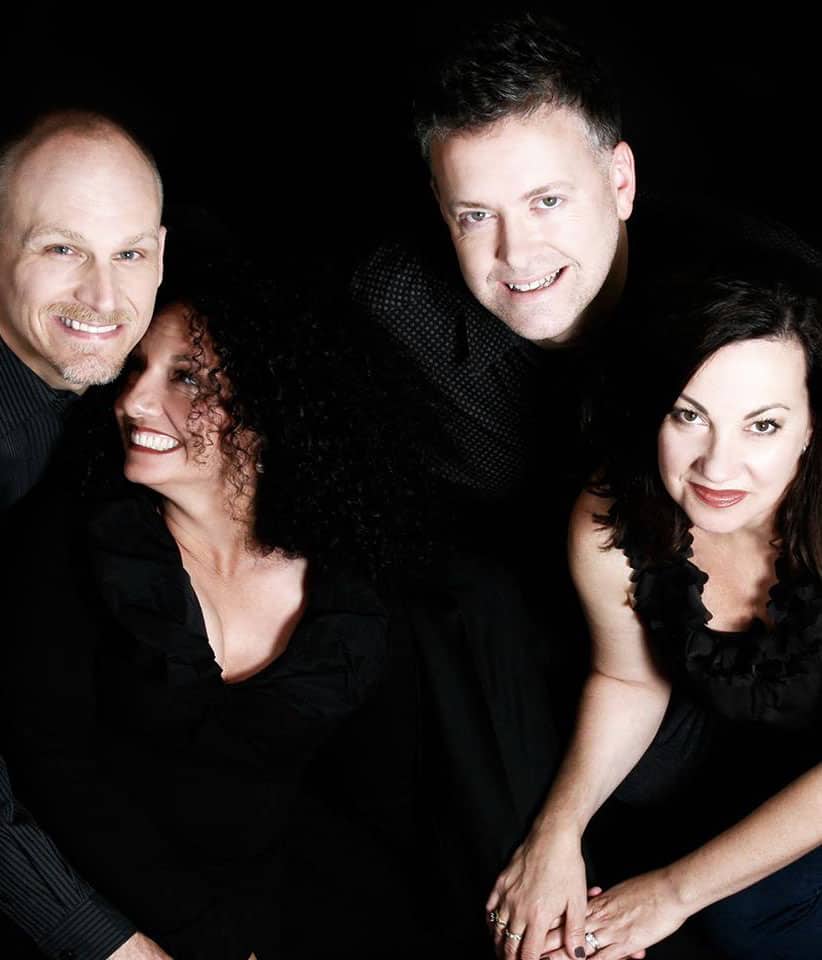 New York Voices is the Grammy Award winning vocal ensemble renowned for their excellence in jazz and the art of group singing. Like the great groups that have come before, such as Lambert, Hendricks and Ross, Singers Unlimited, Manhattan Transfer and Take 6, they have learned from the best and taken the art form to new levels. Their interests are rooted in jazz, but often Brazilian, R and B, classical, and pop influences are included with equal creativity and authenticity.

‘S’vivon, Sov, Sov, Sov’ has become one of the best known Hanukkah songs in Israel and in the Diaspora, despite its having two sets of lyrics. Levin Kipnis (1894-1990) was responsible for the original text, which he set to an anonymous folk melody. The poet had made aliyah from his native Ukraine in 1913, and immediately achieved some success as a writer of children’s literature, to which he turned upon realizing that no one in the yishuv was writing original material for the youngest Hebrew speakers. Kipnis studied at the Bezalel Art Academy soon after arriving in Palestine, but in 1922 he traveled to Berlin to take additional classes in art and craftsmanship. Several of his first books of children’s songs were published there, in Hebrew; Sevivon appears in the collection titled “Machrozet” (The String), published by “Omanut” in Frankfurt am Main in 1923. The spinning tops made in eretz yisrael bear letters that stand for the words “Nes gadol hayah po,” a great miracle happened here. In the Diaspora, the phrase — and the tops – is retooled to say “Nes gadol hayah sham,” a great miracle happened there. Adaptations to accommodate the different rhyme schemes were made as the song became popular outside the Jewish homeland, but this is only one of many songs for which the poet achieved renown. In 1978 Levin Kipnis was awarded the coveted Israel Prize for “devoting his life to the development of children’s literature in Hebrew”

Founded in 1898, and affiliated with what is now New York-Presbyterian Hospital since 1927, Weill Cornell Medical College is among the top-ranked clinical and medical research centers in the country. In addition to offering degrees in medicine, Weill Cornell also has PhD programs in biomedical research and education at the Weill Cornell Graduate School of Medical Sciences, and with neighboring Sloan-Kettering Institute and The Rockefeller University, has established a joint MD-PhD program for students to intensify their pursuit of Weill Cornell’s triple mission of education, research, and patient care.