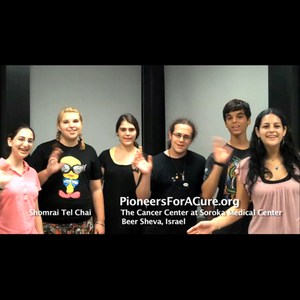 Shomrai Tel Chai is a group of talented high school students from Israel and the US, who met while participating in the BIMA summer arts program, at Brandeis University. They recorded Alei Giva as part of a Pioneers For A Cure teen project, where students learned about Israel, its early heritage and culture while learning about music recording and artist driven philanthropy. This is their first recording!