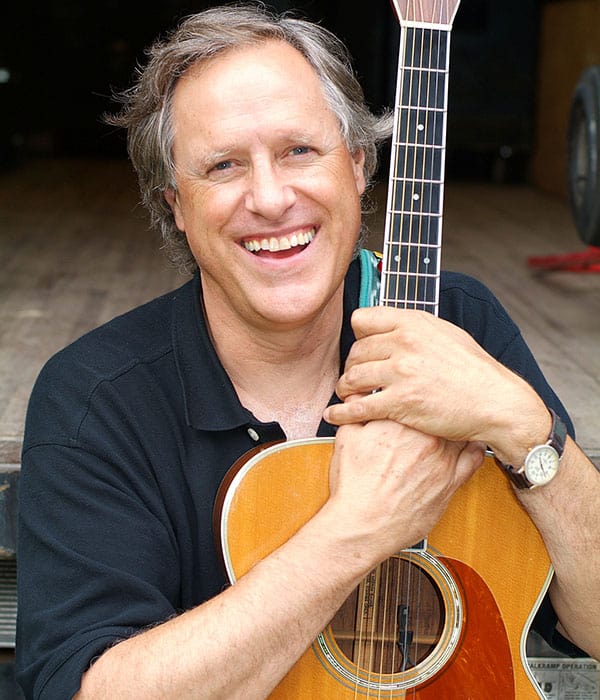 “Tom Chapin (born 1945) is a Grammy Award-winning American musician, entertainer, singer-songwriter and storyteller. He is known for his children’s music, intended for the age group that is too old for Sesame Street but too young for pop music. However, he also writes and performs for adults. Chapin attended State University of New York at Plattsburgh and graduated in 1966. From 1971-1976, he hosted a TV show called Make a Wish. He is the son of Jim Chapin and the brother of Harry Chapin, and occasionally appears in Harry Chapin tribute concerts (often with brother Steve Chapin). He has appeared in the Broadway production Pump Boys and Dinettes, among others. He is married to Bonnie Chapin; his daughters and stepdaughter are musicians as well (the Chapin Sisters). Chapin has recently branched in to the storytelling festival circuit and in 2007 was a Featured New Voices Teller at the National Storytelling Festival in Jonesborough, Tennessee.”

Song: Left My Gal in the Mountains

Left My Gal In The Mountains was written by Carson Jay Robison (August 4, 1890 – March 24, 1957), an American country music singer and songwriter. Although his impact is generally forgotten today, he played a major role in promoting country music in its early years through numerous recordings and radio appearances. He was also known as Charles Robison and sometimes composed under the pseudonym Carlos B. McAfee. Carson Robison was born in Oswego, Kansas. The son of a champion fiddler, he became a professional musician in the American Midwest at the age of 15, primarily as a whistler working with Wendell Hall, “The Red-Headed Music Maker”, on the early 1920s music hall circuit. He worked as a singer and whistler at radio station WDAF (Kansas City, Missouri). In 1924 he moved to New York City and was signed to his first recording contract with Victor Records. Also that year, Robison started a professional collaboration with Vernon Dalhart, one of the era’s most notable singers. Through this relationship, Robison realized huge success, mainly as a songwriter but also as a musician, accompanying Dalhart on guitar, harmonica, whistling, and harmony vocals. In one of their first collaborations, Robison accompanied Dalhart on the landmark recording of “The Wreck of the Old ’97” b/w “Prisoner’s Song” (1924), widely regarded as country music’s first million-seller. During this period, Robison also became a successful composer of “event” songs, which recounted current events or tragedies in a predictable fashion, usually concluding in a moral lesson. Some popular examples of his topical compositions include “The Wreck of the Number 9” and “The John T. Scopes Trial”, about the famous Scopes Monkey Trial.

Left My Gal in the Mountains