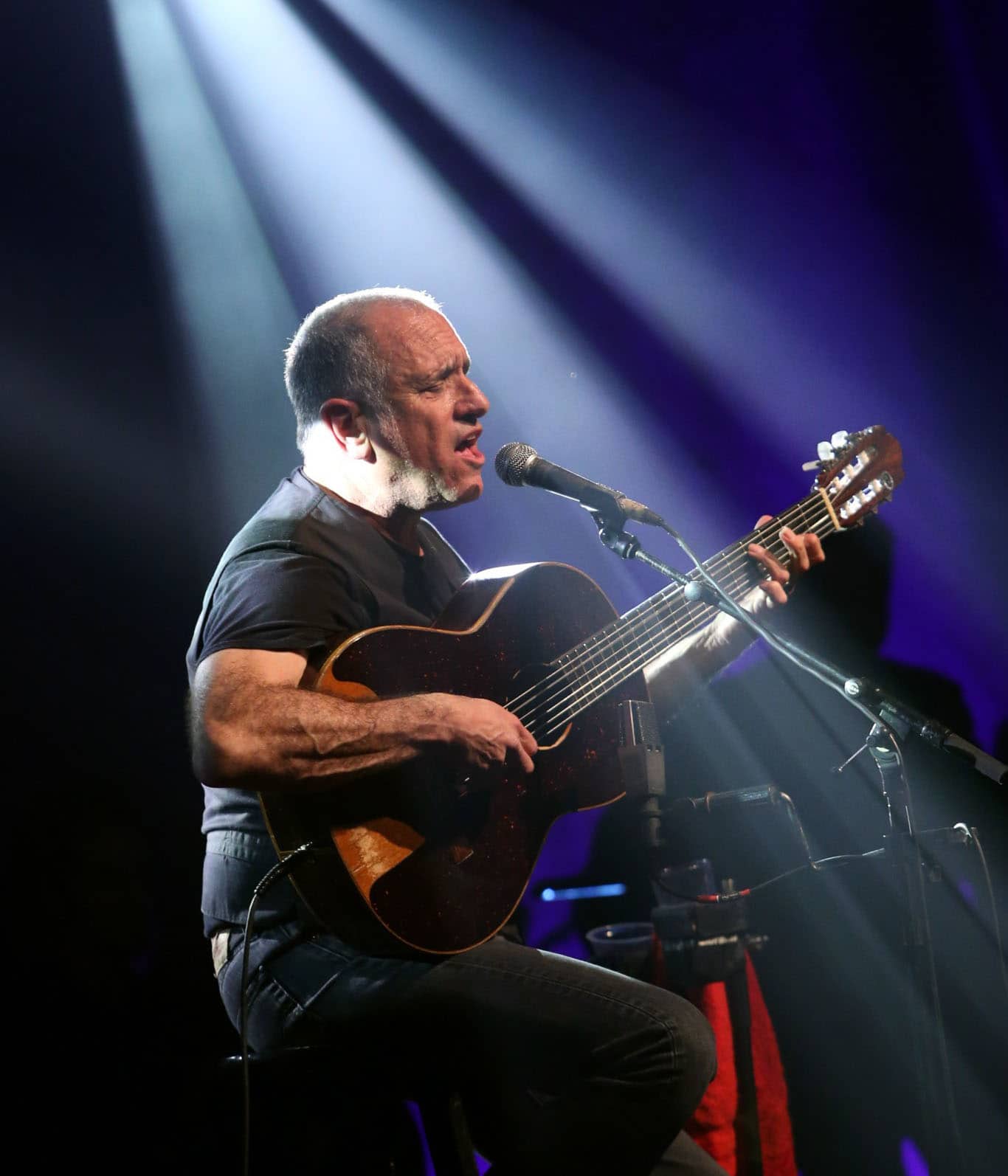 For thirty years now, Israeli superstar David Broza has been considered one of the most dynamic and vibrant performers in the singer/songwriter world. Truly spanning the globe, David Broza has immersed himself in numerous projects. In the U.S., he has spent time working with American poet, Matthew Graham, as well as teaching Master Creative Writing classes at the prestigious Bennington College. Broza’s time in Spain was spent collaborating with Spanish writers, leading to the completion of three Spanish C.D.’s, as well as broadened audiences. In Israel, Broza has performed with the Israeli Philharmonic many times, featuring his own music, including a self-composed classical suite. Throughout the years, his global tours have resulted in collaborative performances with prominent musical figures such as Paul Simon, Al Dimeola, Bob Dylan, Spyro Gyra, Van Morrison, Jose Fernandez, Sting, and more.

Poet Rachel (Rachel Bluwstein, 1890-1931) made aliyah from her native Russia at the age of 19, and worked in the fields of Rehovot, became part of the “learning experience” at the settlement that would ultimately become Kibbutz Kinneret. She fell passionately in love with the land, but agreed to travel to France in 1913 to study agriculture, so that she could bring even better skills to her beloved “homeland.” Caught in Europe during World War I, Rachel spent the war years back in Russia, and it was not until 1919 that she was able to return to Palestine. By then, however, the tuberculosis she had contracted during the previous years made her too weak to withstand the rigors of kibbutz life. She lived out the remaining years of her too-short life in Tel Aviv, but returned in death to Kibbutz Kinneret, where her gravesite is a popular destination for visitors who sit overlooking Lake Kinneret, reading the books of her poetry that are installed there. “V’ulai” is one of the many in which she clearly expresses her longing for the land from which she was so cruelly separated. This melody, by Yehudah Sharet (1901-1979) was among the many composers who was drawn to her poetry, and this tune effectively captures the passion of Rachel’s verses.