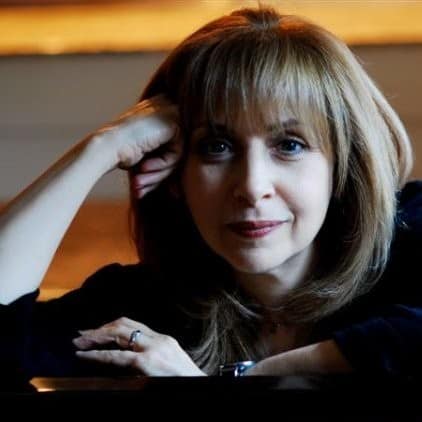 Emily Bindiger is one of New York’s most in-demand studio singers and vocal arrangers who has performed on hundreds of recordings, including jingles, movie soundtracks, industrials and records, as well as on concert stages worldwide. She began playing clubs in Greenwich Village at age 14. For seven seasons she appeared on the Peabody Award-winning children’s TV show, “The Great Space Coaster”. Emily has recorded and/or performed with everyone from Neil Sedaka to Leonard Cohen to The Klezmatics, and is a member of the award-winning a cappella group, The Accidentals.

The Hasidic “nig’n” is a unique and wonderful gift to the world of music. Without any words at all, it has the power to express a wide range of emotions, and can magically transform from a mournful lament to a song of great celebration with just a change in tempo. The wordless melodies of Eastern Europe, where Hasidism was born and thrived, were carried to Eretz Yisrael with the religious immigrants who came to build the holy land. Those songs of rejoicing that had an especially energetic character were quickly adopted by the secular pioneers, who sang them as a reflection of their devotion to the land. Tumba, with its “exotic” scale that encompassed the music of both Eastern Europe and the Middle East, became a popular “cross-over” melody that the religious and secular communities could share.