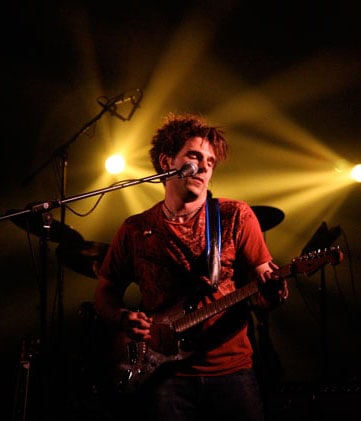 Josh Nelson is one of the most popular performers and producers in modern Jewish music. A multi-instrumentalist and songwriter, Josh’s music is celebrated and integrated into the repertoire of congregations, camps and communities around the world.Josh’s performance style is high-energy and captivating. His music consistently leaves audiences with strong feelings of community.Josh has performed over one thousand shows in a variety of venues. Highlights include: International conventions for each of the major youth movements in the USA, (NFTY, USY,BBYO, etc.), URJ Biennial Conventions, JCCA National Conventions, JCC Maccabi Games,CAJE Conferences and JCCs across the country.Josh serves as the music director for the URJ Biennial Convention, faculty for the HavaNashira Music Institute, and a musical artist in residence for the JCC Maccabi Artsfest.

Chanita is a kibbutz in the Galilee. It was established during the 1930’s, when tensions between the local Arabs and the growing Jewish population were at their height. The creation of this new colony was a bold step, demonstrating the settlers’ commitment to building a Jewish state, despite the obvious obstacles. Orland’s lyric captures this sentiment, casting the pioneers as heroes who would devote themselves to their new home, as to their new homeland. Zeira’s melody takes its cue from Orland’s passionate lyrics and from the ever-popular hora: its insistent, syncopated rhythm provides an affirmation, in music, of the strong sentiments of the text.Yaakov Orland (b.1914) made aliyah from his native Russia with his family at the age of 11. Among his prolific literary activities, which included poems, plays and translations, are the lyrics for many popular melodies, an achievement that earned him the coveted Israel Prize for Hebrew Song.Mordechai Zeira (1905-1968) is counted among the “fathers of Israeli song.” He made his aliyah from Russia at the age of 19, and while he spent his early years working in construction and especially, electricity, he spent a great deal of time traveling his new country on foot, sharing his music wherever his travels would take him, and like the troubadours of old, earning a popular following for his songs.