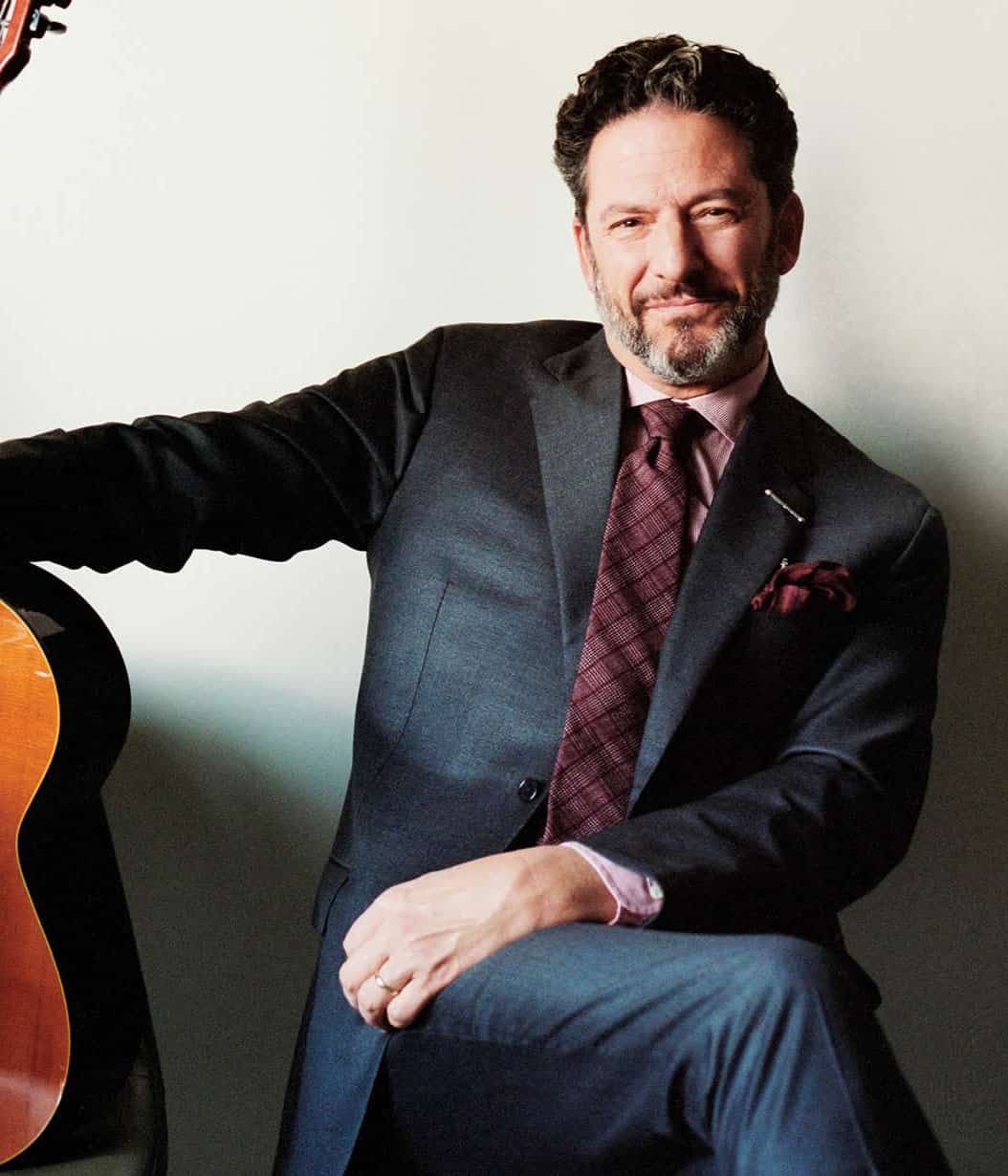 John Pizzarelli, the world-renowned jazz guitarist and singer, was called “Hip with a wink” by Town & Country, “madly creative” by the Los Angeles Times and “the genial genius of the guitar” by The Toronto Star. When he performs with his wife, singer/actress Jessica Molaskey, and his father, guitar legend Bucky Pizzarelli, they were labeled “the First Family of Cool” by the San Francisco Chronicle and “the von Trapps on Martinis” by The New Yorker. According to The New York Times, “the Pizzarelli-Molaskey duo are as good as it gets in any entertainment medium.”

Song: Look for the Silver Lining

Look for the Silver Lining is a popular song with music by Jerome Kern and lyrics by B.G. DeSylva. It was written in 1919 for the unsuccessful musical Zip, Goes a Million. In 1920 it was published and reused in the musical Sally whence it was popularized by Marilyn Miller. Among others, the song was later covered several times by Judy Garland, whose version also became, and remains, well-known. (from Wikipedia)

The T.J. Martell Foundation is the music industry’s largest foundation that funds innovative medical research focused on finding cures for leukemia, cancer and AIDS. The Foundation sources and supports early-stage research projects aimed at developing more effective clinical treatments for patients which otherwise might not be funded.

Look For The Silver Lining