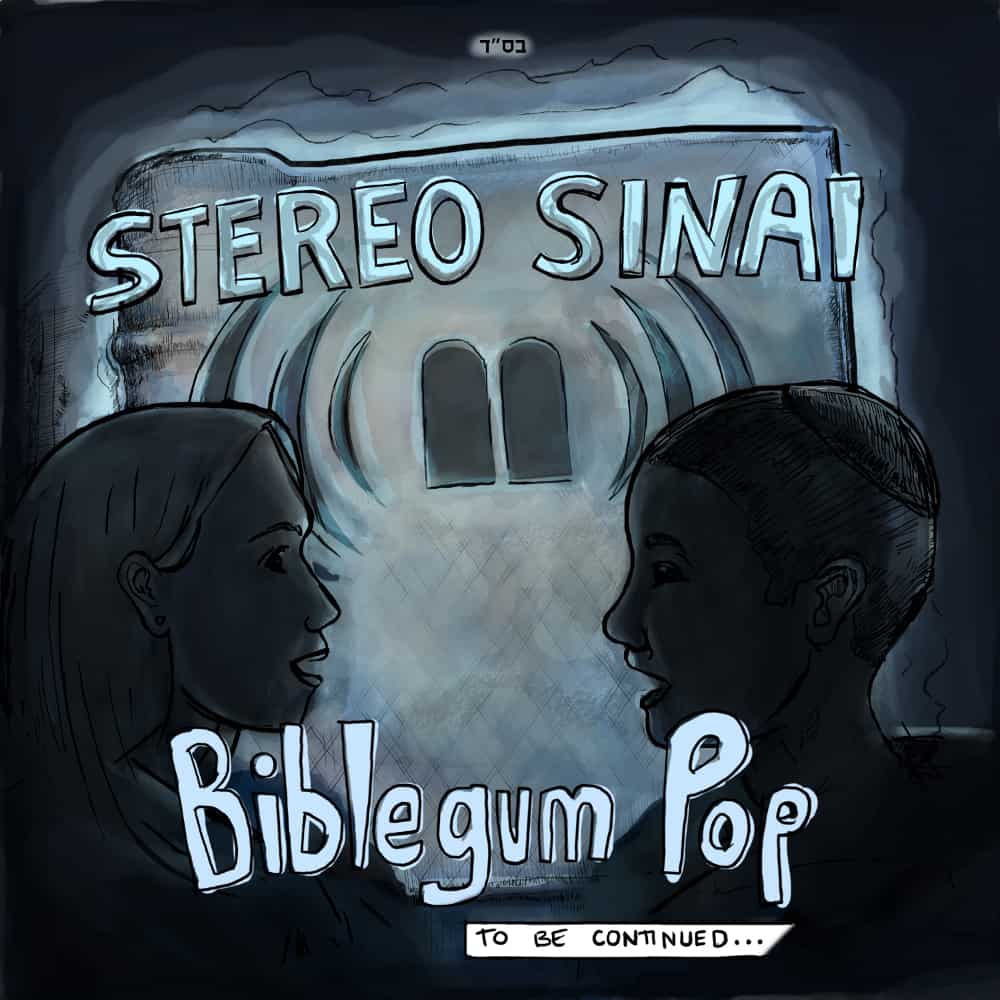 Stereo Sinai is the Good Book like you’ve never heard it before. Dubbed “biblegum pop,” the band’s signature sound is the heretical combination of ancient, holy languages with blasphemous backbeats and synthesized pop melodies. If Gwen Stefani and Timbaland had been on the mountain with Moses, they would have come down sounding a lot like Stereo Sinai. The duo, made up of singer/songwriter Miriam Brosseau and producer Alan Jay Sufrin, was declared a “Favorite Band of 2009” on About.com. Artist development group Misery Loves Co. called them the “best new band in Chicago.” In fall of 2009, Stereo Sinai appeared on the Chicago indie music show “Errors Not Eliminated” and spoke on a Chicago Music Commission panel on musicians and social media. Stereo Sinai has been featured in a wide variety of shows and recording projects since its inception just three years ago. They represented Chicago at the International Jewish Music Festival in Amsterdam in 2008 alongside artists from fifteen countries. Stereo Sinai contributed a piece to the innovative “G-dcast” project, and recorded a track to benefit cancer research through the New York-based “Pioneers for a Cure” initiative, which also features artists such as David Broza and members of the Grammy award winning Klezmatics. Stereo Sinai has been profiled by PresenTense magazine, Shemspeed.com, the Chicago Jewish News, and others. Most recently Stereo Sinai completed a Chanukah track for MyJewishLearning.com, and is featured on the children’s compilation “Eats Paste” from ToyBlock Music. They regularly play shows in the Midwest and beyond; look for a full-length album from the group due to be released Summer 2011.

The joyous holiday of Purim celebrates the overthrow of the evil Haman and his plot to destroy all the Jews of Persia. For one day each year, wine flows freely, gifts of food are given to friends and to the poor, and children (and others!) dress in costumes. The appeal of this holiday in Israel is obvious: even non-observant pioneers could get into the spirit of a festival that allows (even requires!) noise-making in the synagogue (congregants stomp their feet, hiss, and boo to drown out every mention of the name of the villain) and encourages the free flow of good spirit, and everyone is only too happy to observe the positive commandment to rejoice. Purim Hayom is a folksong of unknown origin, but it is no wonder that it achieved a measure of popularity among the Jews of the yishuv – and beyond. The rebirth of the Jewish nation in its own homeland is testimony that despite the evil plotters who rose up in the centuries after the Purim story took place, the Jewish people have survived, and are now once again taking responsibility for their own destiny.

The American Lung Association is the leading organization working to save lives by improving lung health and preventing lung disease through Education, Advocacy and Research. With the generous support of the public, we are “Fighting for Air.” When you join the American Lung Association in the fight for healthy lungs and healthy air, you help save lives today and keep America healthy tomorrow.