Artist: The Gary Haase All Stars with Lillias White 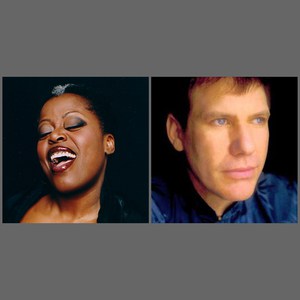 Gary Haase is a producer, songwriter, and musician extraordinaire. His diverse career has included producing and writing for Chaka Kahn, Celine Dion, Michael Bolton N’SYNC, Jessica Simpson, Heather Headly, George Benson, Ramsey Lewis and Randy Brecker to name just a few. Gary’s productions have been an important part of Grammy’s given to Celine Dion, Chaka Kahn and Randy Brecker.Lillias White has been recognized on Broadway with the Tony Award®, Drama Desk Award®, Peoples Choice® Award and The Outer Critics Award® for Best Actress in a Musical — Broadway’s Prestigious Quadruple Crown — for her 1997 role as Sonja in the “The Life.” In 1990 she won The Obie Award® for Best Actress in a Musical for her portrayal of Hennie in “Romance in Hard Times”. In addition, she won The Drama Logue Award® for Best Actress in a Musical for her role in the national tour of “Dreamgirls.” Lillias White the recording artist has an extensive list of recordings which include cast records and featured vocalist performances. Most recently she recorded Dream Girls : The Concert, Too Hot To Handle (The Gospel version of Handle’s Messiah “) and was featured with Tony Bennett on Cy Coleman’s most recent record. Lillias White CDs include “From Shubert Alley to Jazz Alley” and ” From Brooklyn to Broadway”. She regularly appears in concert at The Kennedy Center, Carnegie Hall and Lincoln Center, as well as, a guest soloist on the PBS Special, such as, “A Tribute to Ella Fitzgerald” and “In Performance at The White House”.

Contribution to: The Lustgarten Foundation

After You’ve Gone is a 1918 popular song composed by Turner Layton, with lyrics written by Henry Creamer. It was recorded by Marion Harris on July 22, 1918 and released on Victor 18509. It is the basis for many other jazz songs, as it can easily be improvised over. It is also the theme song for the BBC sitcom After You’ve Gone (performed by Jamie Cullum). (from Wikipedia)

About The Lustgarten Foundation

The Lustgarten Foundation was created in 1998 to advance the scientific and medical research related to the diagnosis, treatment, cure and prevention of pancreatic cancer. To date, the Foundation has provided more than $38 million in support of breakthrough research to find early detection methods, better treatments, and ultimately, a cure. Major projects include sequencing the genome of pancreatic cancers and an early detection initiative to develop a blood test to detect the disease. Now, as a result of Cablevision’s multi-year commitment to underwrite all of its operating costs, the Foundation will significantly increase its research funding budget.

by The Gary Haase All Stars with Lillias White