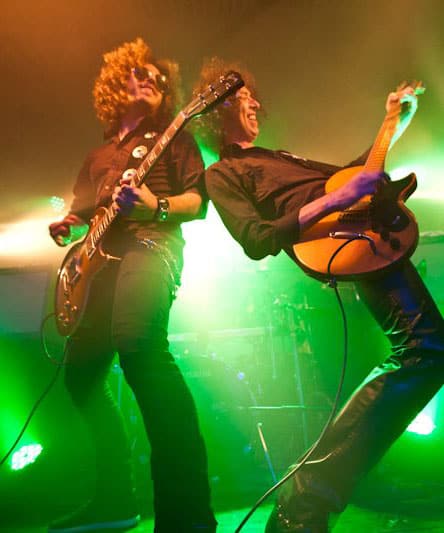 The Genders are a four-piece Rock ‘n Roll band from Tel Aviv. Formed in 2004, their three-week tour of the U.S. and Canada immediately drew the attention of hip Canadian label AMP Records. The Genders’ debut album ‘Rockin’ In Ramallah’ was released in November 2005, followed by another tour of North America. Their latest CD is ‘Virgin No. 72,’ on Dead Sea Records.

Yitzchak Katznelson (1885-1944) was born in Russia, and died in the Holocaust. How, then, did a European Jew come to write the lyrics of such a well-known song, so tied to the land of Israel? Katznelson visited the yishuv during the years of the third aliyah, and spent time among the pioneers. In their Sefer Shirim L’Talmid, Gil Aldema and Nathan Shachar report on one kibbutznik’s entry in his diary describing the poet’s visit: “He started to lecture us about Hebrew culture in Poland, but turned quickly to teaching us his new poems…” The anonymous journalist concluded his entry, “none of us slept at all that night!” Katznelson’s lyric combines his love for the land as well as his knowledge of the Bible – and his sense of humor. “Rachel” is a familiar Hebrew name, but it also refers to a young female sheep. In the second and third verses of his poem, Katzelson employs the double-entendre to great advantage. The casual reader may see an image of the shepherd playing among his sheep. “Climbing among the hills,” though, is an allusion to the image from the Song of Songs (1:8) in which the beloved one “skips over the mountains, jumps on the hills,” and the reference to “rejoicing together” in the final line probably carries a more “mature” connotation.