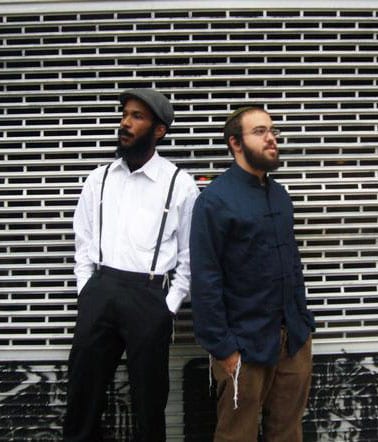 Y-Love (Yitz Jordan) is part of the new guard of hip hop revolutionaries. Describing his style as “global hip hop,” Y-Love seamlessly intertwines English, Arabic, Hebrew, Latin and ancient Aramaic. He combines ethereal scripture with gritty social consciousness, reﬂecting his own life-changing conversion to Hasidism. Erez Safar, a.k.a. Diwon, (formerly dj handler) is the founder and director of Shemspeed (the largest, most diverse Jewish music web site), Modular Mood Records (an independent record label), and the Sephardic Music Festival. Erez’s musical persona, Diwon, defies stereotypes. As a multicultural maestro, he produces a mix of Yemenite and Sephardic music blended with electro hip hop beats, influenced heavily by his family who migrated from Yemen to Ethiopia and finally to Israel.

Song: El Hamayan (To The Spring)

Yaakov David Kamzon (1900-1980) was a teacher and writer, primarily for children. He wrote El Hama’ayan shortly after he immigrated from Lithuania in 1926. Composer Emanuel Amiran (1909-1993) who arrived in Israel from Russia at the age of 15, was also a teacher until the establishment of the State, at which time he became the first director of music for the Ministry of Culture and Education. Amiran is one of the most important and prolific composers of Israeli songs, especially for holidays and festivals, and El HaMa’ayan was a favorite of Israeli children for many years.

CancerCare is a national organization that provides free, professional support services to anyone affected by cancer: people with cancer, caregivers, children, loved ones, and the bereaved. CancerCare programs – including counseling, education, financial assistance and practical help – are provided by trained oncology social workers and are completely free of charge. Founded in 1944, CancerCare now provides individual help to more than 100,000 people each year.

El Hamayan (To The Spring)